. For Charles Dickens’ purpose the hook he uses is the repetition that his former partner “Marley was dead – dead as a door-nail”. Was Dead? Isn’t he dead? Either Marley IS dead or he isn’t – Right?!

A door knocker that transforms into the face of a former colleague?! You’ve got to be kidding me! Old man Ebenezer believed that a bad piece of meat could bring on this type of vision – today we would just ask “what kind of hash brownie have you been eating lately?” The visual image alone is worth more than what every else the text is trying to sell you!

Dickens opens up the possibility of the supernatural, drawing his readers into the realm of beings that are neither dead nor alive. Ghosts are SO cool! Ol’ Marley paves the way for not only the existence of ghosts (establishing ethos) but for nobler spirits as well. It is important that the reader believes in ghosts in order for the message of the story to have any credence.

The demographic group Ebenezer and Marely represents is that of outcasts (another attention grabbing hook), if you will, of the Victorian society, a group of money hungry vultures only interested in profit instead of their fellow workers. Obviously Marely has seen the error of his ways and wishes that he could live his life over but hey! Who hasn’t had that wish once or twice ….. alright LOTS of times when we’ve screwed up royally!

All of us would rather get through whatever is unpleasant as soon as possible (drinking Tran in the mornings comes to mind) and would endorse Ebenezer’s wish to suffer all three spirits at the same time. However, for the purpose of having a good story Ebenezer’s psychological anguish of having to suffer the spirits individually serves a purpose. It allows for the build-up of rising tension. And of course rising tension leads to a climax but we won’t go there – you’ll need to read the story yourself to find out what happens! 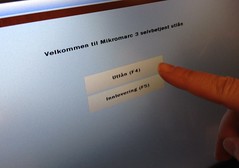